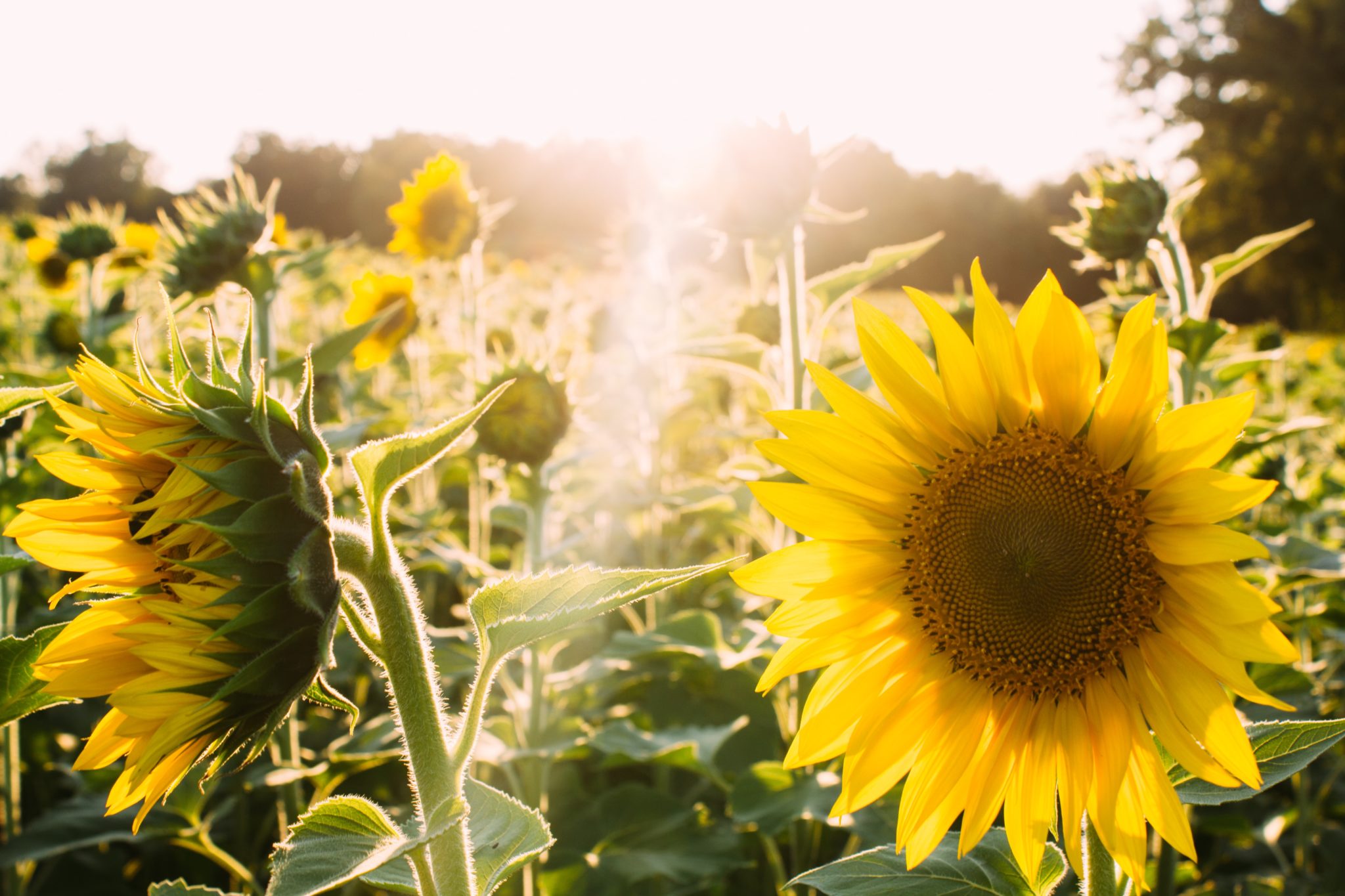 Chick Care Basics, Considerations About Breeders, and Some Fun Stuff

Affiliate Disclosure: I only recommend products I used or would use myself, and all opinions expressed here are my own. This post may contain affiliate links, and if you purchase something from one of my links, I may earn a small commission (at no additional cost to you).

So we just got a bunch of new chicks from a local couple who breeds chickens and sells chicks back in October. Personally, this sounds like a dream job, or at least a really cool way to make some side income, but I am sure it’s not as fun and romantic as I think.

If you just happen to live in northwestern NJ too (we are in Sussex country) and want to look this place up, it’s called V&R Homestead. The owner who met with us was knowledgable and genuine, and they were very flexible with us (even though we showed up late for our appointment) and very helpful over the phone with answering our questions.

The Chicks We Got

We ended up getting eight chickens in total…this was after my boyfriend and I had talked, and I stated that I would not want more than four…and we seemed to agree on that number. It’s hard to control yourself though when someone puts a box of six adorable chicks in front of you, all of different breeds (I am a sucker for new breeds).

Yes, I did say there were six in the box. When I enthusiastically announced we’d take the whole box, I don’t think my boyfriend Ed realized at first I was serious. Once he did, he added on two more chicks that he was interested in which were not in the original box (Blue Wheaten Ameraucana). So in total, here’s what we got for reference:

If you are purchasing chicks and you see or hear the term “auto sex” or “sex link,” this refers to chicks that may be sexed at birth. In our case, the owner let us know that the majority of the chicks had not been sexed; that’s only something they do if they have a large batch of a particular breed. The only ones that had been sexed in our group were the Flower hen (aka Swedish Flower Hen; they had 55 of these) and the Ameraucanas (all female). I had actually not heard of Flower hens before finding their website, so it’s pretty cool that we can find rarer/less common breeds locally. I am going to do write-ups on each breed later.

Sex link and auto sex are not synonymous though. Sex link also means the chicken is the product of crossbreed mating, whereas an auto sex chicken is the product of same breed mating (heritage breeds). An example of a sex link is a Red Sex Link. The most common Red Sex Link cross is a Rhode Island Red rooster and a Delware hen. Red sex-links can also be produced by crossing Rhode Island Red or New Hampshire Red rooster with a White Plymouth Rock, Rhode Island White, or Silver Laced Wyandotte hen.

The Purpose of Sex Linking

The main purpose of sex linking is to make the breed more prolific egg layers or to create “dual-purpose” breeds (i.e. great layers and meat birds). The industry wants to squeeze as much out of the bird as possible until they are no longer productive, then repeat the process. Autosexing is not done for longevity. If you give a crap about your animals more than just how they can feed you, go for heritage breeds. They especially tend to have fewer reproductive issues.

When we were complete chicken noobs buying our first set of chicks, two of them were referred to as “Production Reds” by the folks we bought them from. Production Red is a pretty vague term, but they are most likely a hybrid RIR/New Hampshire or a Red Sex Link. I wish I had inquired more about this at the time, but like I said, we were noobs and just weren’t all that concerned. What we knew was that they would be good egg layers, and that’s what we cared about. (This was before we were vegan or even vegetarian.)

Now, we only seek out heritage breeds. It’s very heartbreaking to see an animal you’ve raised from a day old, slowly die from reproductive issues like Egg Yolk Peritonitis (EYP)—which is what we lost both of our “Production Reds,” Hacksaw and Puffy to.

I recommend finding a local breeder for your chicks if you have ethical concerns about where your chicks are coming from (and what happens to poor baby roos…I’ll give you a hint, it’s nothing good). We bought from Meyer’s Hatchery before (and know several others who consistently do), and while it’s not going to say so on their website, large hatcheries like this whose main objective is to turn a large profit (thereby pushing out a large number of chicks each spring) are not super vexed by ethical dilemmas.

In terms of chicks arriving in good health from Meyer’s, we’ve had success with that, but we’ve also only ordered from them once, and it was a small batch by most standards (five).

All of that said, when it comes to healthy chicks, there are a lot of factors involved. Do your research to learn more about the company/farm/hatchery…businesses that are ethical should have no problem answering a couple of questions or even letting you tour their operation (especially if they are small scale); don’t expect a hatchery like Meyer’s to say yes to this. If you want your chickens vaccinated for Marek’s or any of the other biggies like Newcastle Disease, Fowl Pox, and Coccidiosis, make sure to check for this option.

I actually don’t know if the chickens we got back in October were vaccinated for anything, but I plan on checking. Sadly, we lost one of the Ameraucanas, and while I don’t think it was any highly contagious disease (as the rest of our flock would probably also be dead by now), knowledge is still power. Unfortunately, hard lessons become common when caring for chickens. A big reason for anything I write about chickens is that maybe someone will learn from where I fucked up and not make the same mistake.

Here we go, the moment you’ve been waiting for. If you skipped down to this part of the post, I don’t blame you. This is the important stuff that every new chick owner needs to know. Sometimes those of us who’ve done this before even need a reminder. The main things you need to worry about with new chickens are temperature, food, and water. There are also a few health-related things to keep a lookout and some general safety concerns.

Keeping a consistently warm temperature is crucial for baby chickens. Remember, if the chick was still with its mother, she’d be sitting on top of him/her to keep the chick warm.

Here’s a quick guide on temperature requirements for each week as your chicks age:

Here are the ones we got on Amazon: 2 Pack Infrared Ceramic Heat Lamp.

These are just the bulbs themselves. You’ll also need hoods/clamp lights to house the bulbs. We have a bunch that we also use just for hydroponic lights.

This one has multiple size options to choose from. (Don’t worry about the fact that it says for reptiles; it really doesn’t matter): Fluker’s 27002 Repta-Clamp Lamp with Switch for Reptiles. With the bulbs above, the 5.5 inch option should be perfect.

*Important* Keep in mind, the larger the hood diameter and the heavier your bulb, the more unstable your clamp light will be. Choose an appropriate hood size for the size of your bulbs.

Your best bet is to go with a starter feed for your chicks. However, if you don’t have chick starter laying around (our predicament in the beginning, though we did end up buying one pretty quickly) there are some short term options you can probably find in your kitchen. You can feed some oats, cornmeal, cooked rice (uncooked would be very bad), or even a plain cereal. Again, this will work in the short term, but chick starter feeds are formulated specifically for a chick’s nutritional needs. Make it easy on yourself and pick up a bag.

There are medicated and non-medicated feeds as well. I have never fed my chicks medicated feed, and for the most part that has worked out really well. Chicks are more susceptible to certain illnesses due to their developing immune system, but medicating can also increase disease resistance and keep chickens from developing a more robust immune system. I am not advocating one or the other; you have to weigh risks and pros and cons to find what works for you.

It might seem obvious, but I’ll say it: chicks need water at all times, no exceptions. Place the water in a shallow dish because young chicken can drown in it. I typically use a lid from a small food storage container. As the chicks get older and bigger, you can upgrade to something a bit bigger and more standard like an automatic waterer with a reservoir and connected tray.

Watching and Charting Your Chicks’ Growth

If you’re like me and cannot get enough of watching your chicks grow, you can try putting a motion-activated camera in their brooder.

You can also just take a million pictures of them as well, which is something I also do. While this is fun to capture the extreme cuteness, it can also be beneficial in sexing your chicks and charting their development.